14 years since it was originally released on Rephlex Records, Dopplereffekt’s Calabi Yau Space (2007) finally gets a reissue on vinyl thanks to WeMe Records’

This album sees Dopplereffekt move even further out into their very own exploratory realm, where music and quantum physics meet. Eight tracks that when first released seemed challenging but with repeated exposure a strange almost supernatural event occurred as these new sounds and patterns gradually revealed a beauty and even simplicity about them. This is a brave album, epic in vision. An essential record for all fans of Techno in the sense that the term was originally intended. 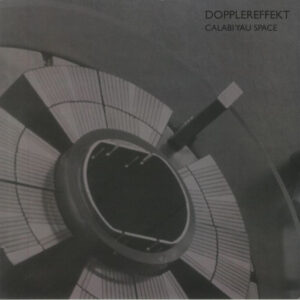