A collection from Conrad Schnitzler’s archive, recorded between 1974 and 1975, originally released on LP only in 2009. Contains the complete original material (three more tracks than the 2009 release) on CD for the first time (with original running order). Just when you think you have grasped Conrad Schnitzler’s master plan, every time you kid yourself into predicting what you are about to hear, the next record comes along to prove you wrong. Motorik is writ large throughout. Even the less rhythmic passages remain grounded, never drifting into absolute abstraction. A more or less distinct ostinato runs through each track, condensed into a complex tapestry of electronic surprises amidst Schnitzler’s typical cascades of sound and flashes of noise. And so the journey to the most distant corner of Schnitzler’s world begins. Majestic drones and tricky melodies fly past the listener. Is this still the music of Schnitzler, the conceptual artist? Yes, undoubtedly. His view or concept of art allowed him the freedom to experiment in all directions, a stroke of luck for the listener. The Silber (trans. Silver) album offers up a form of pop music preempting nothing, unrelated to anything else. Far more, it represents Schnitzler’s unique and inimitable blueprint for a music of the future, music which still astounds when we hear it today, almost 40 years later — and it poses the almost philosophical question, whether this future has already happened or is yet to happen? Schnitzler was not alone in daring to create future music in the 1970s; yet many visions of that era were short-lived and appear rather dusty today, even a little embarrassing. The “precious metal” albums, in contrast, escape the zeitgeist and are patently resistant to retromaniac constraints. Schnitzler’s artistic and — let us spell it out — aesthetic autonomy celebrates a veritable victory here. Liner notes by Asmus Tietchens. 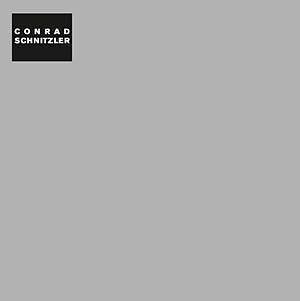