Cluster’s influence on the development of electronic music cannot be overstated. The original trio of Conrad Schnitzler, Hans-Joachim Roedelius and Dieter Moebius released two seminal albums as Kluster before Roedelius and Moebius replaced the ‘K’ with a ‘C’ and continued as a duo. They produced eight albums in their most innovative period between 1971 and 1981, two of them together with another pioneer of electronic music, Brian Eno. Cluster anticipated much of what would later emerge in such varied styles as industrial, ambient, electro and even synth-pop. Some call Cluster’s music avant-garde, others krautrock or kosmische. Hence their first album, as a microcosm of their entire oeuvre, made the list of “100 Records That Set The World On Fire (While No One Was Listening)” in The Wire magazine. On Kollektion 06, John McEntire provides a collection of tracks spanning Cluster’s first eight studio albums. John McEntire is a drummer/percussionist and recording engineer/producer. He is a founding and current member of Tortoise and The Sea & Cake; former contributing/touring member of Red Krayola and Gastr Del Sol. He has been the owner/operator of Soma Electronic Music Studios in Chicago, IL since 1995. Asmus Tietchens on Cluster: “Cluster’s role in the development of new German electronic music went unnoticed for a long while. Cacophonous noise in the 1970s and 1980s masked the subtlety of Cluster aesthetics, diminishing their force of impact. Only since the 1990s, and all the more so today, have Cluster been identified and celebrated as pioneers. The somewhat hackneyed ‘avant-garde’ tag really amounts to nothing more than being ahead of one’s time. And those who are ahead of their time often slip out of sight. Now, twenty, thirty years later, with so many new aural experiences on offer, listening habits have changed to such a great extent that we are better placed to assess Cluster’s importance, their influence on subsequent generations of musicians. It has thus become easier to appreciate and enjoy their music… Cluster were no pedagogues, but their indirect influence on musicians and, more to the point, on listeners, resonates until today. Can a legacy be any more alive?” This collection features tracks from:Cluster 71 (BB 058CD/LP), Cluster II (LR 335LP), Zuckerzeit (LR 333LP), Sowiesoso (BB 039CD/LP), Cluster & Eno (BB 029CD/LP), After The Heat, Grosses Wasser (BB 026CD/LP), and Curiosum (BB 038CD/LP). 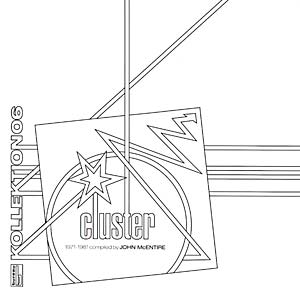