Carl Erdmann’s Bizzarrophytes was recorded in Roswell, New Mexico, during the final years of the 70’s. A desert-fried haze of buzzing sitar raga, shimmering guitar soli, and lonesome instrumental psych. Erdmann had been galvanized several years prior by witnessing an intimate performance by Ravi Shankar at Austin’s University of Texas. Erdmann spent the next several years with a sitar in the back of his pickup truck – teaching himself the instrument between stints working on an oil field as a geologist.

After settling in Roswell, Erdmann procured a Tascam 4-track reel to reel tape machine and began to experiment with recording. He played most of the instruments himself, and followed a fresh muse each day. One day his recordings would mine the same instrumental guitar territory as Leo Kottke and John Renbourn, like on Bizzarrophytes’ opening track, Majesty. The next day Erdmann might multi-track some bass and drums and end up landing in the same hazy psych-folk territory as Relatively Clean Rivers, as evidenced on album standouts Turritella Flats, and Portugal. And then, perhaps his Ravi Shankar influence would shine through, and he’d deliver a stirring sitar raga like Dhun. Erdmann explored all of these sounds without ever considering releasing them into the world. He was simply experimenting with his equipment and his instruments, and flexing his muscles with whatever kind of inspiration happened to strike. It wasn’t until 1980 that a friend convinced Carl to assemble some of these recordings into an album and self-release it.

Bizarrophytes was released in a miniscule private press run, financed and distributed by Erdmann himself. Most copies didn’t make it out of the southwest. And it has remained woefully hard to find until now. The disparate sounds of Erdmann’s experimentation hang together as a beautifully cohesive tapestry of home-brewed psychedelic folk. A menagerie of eclectic instrumental experimentation, baked in the desert sun, and captured to tape. Morning Trip Records is proud to present Bizzarrophytes. 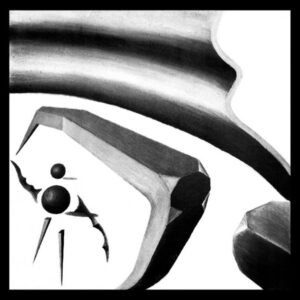