A classic score by legendary Armando Trovajoli for the comedy-action-spy movie directed in year 1968 by Michele Lupo and produced by Marco Vicario. Fresh off the big hits of the SEVEN GOLDEN MEN, producer Vicario hired again Armando Trovajoli for this motion picture. M° Trovajoli has created a very loungey soundtrack filled with blues and jazzy elements. The highly talented choir of I Cantori Moderni di Alessandroni plays an important role in the score, performing in its unique way. The composer has written a very cool Beat tune performed by the beat band The Casuals with a swinging London mood. This album has been carefully mastered using the original mono master tapes, with extra tracks not on the first pressing issued in 1968, one of them being a rare stereo mix. 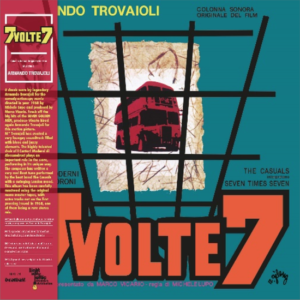