All Hours was built to be a soundtrack for 24 hours, from sunrise to the next. It is a non-stop journey throughout the history of dance music and culture, from 90’s electro inspired by Detroit television series The New Dance Show, through to club focused techno, breakbeat and classic UK garage.
The release follows on from a hugely successful few years for Anz that, despite a global pandemic, has seen her cement her position as an exciting selector. Launching her own label OTMI, heading up a momentous BBC Radio 1 residency and a lauded monthly NTS show plus releasing a critically acclaimed 12” with UK stalwarts Hessle Audio, which featured 2020 anthem ‘Loos In Twos (NRG)’, are just a few of Anz’s recent successes.
Over the years she’s gained endless praise from the likes of DJ Mag (having been awarded the 2020 ‘Breakthrough DJ’ award), The Guardian, Resident Advisor, Mixmag, Pitchfork and Crack who featured Anz as their cover star earlier this year in June. She has played huge nights alongside the likes of Four Tet, Peggy Gou, Floating Points, Ben UFO and DJ Harvey. 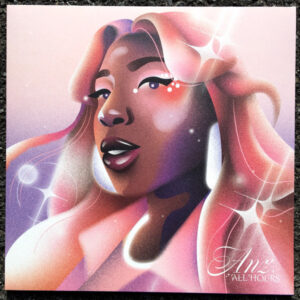