Composed mostly step by step on a Sequential Pro-One synthesizer, Dark Is The Color is the product of the exciting state of mind from the 80’s era with new sounds, new tools and new trends on the music spectrum. Influenced by bands like Talking Head or Japan, the sirens of the new wave scene strongly resonate here with Alan Shearer’s familiarity and craftmanship with synthesizers.

Back in the days, Alan Shearer aka Frédéric Viger was working for his father’s music label, “Musique Pour L’image”, and their sublabel “PSI”. He started with Marathon Life under his real name before taking the Alan Shearer monitor. These records were produced for radio, TV and cinema industries but as well for companies’ internal communication. They represented a real investment from the label and these catalogues are usually full of amazing music from great artists such as Martial Solal, Vladimir Cosma, Joël Fajerman, Harlem Pop Trotters and even Manu Dibango. 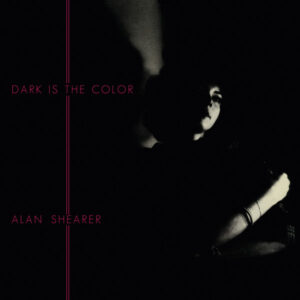