” Cinedelic Records present a reissue of Ennio Morricone’s soundtrack for the 1968 film Eat It (Mangiala). Even if you find the film Eat It, a film bit too weak-willed of social satire and advertising, the first and last of director Francesco Casaretti, you cannot miss out on the soundtrack from the two-time Academy Award winner Ennio Morricone, composed during his most prolific and experimental period, available for the first time from original master tapes.” 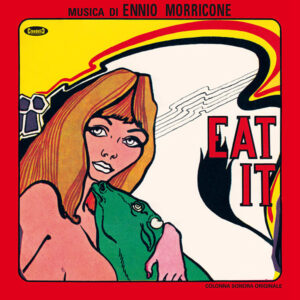