““4 Mosche di Velluto Grigio” ends the so-called ‘animal trilogy’ by Dario Argento, and sees the director in an absolutely inspired moment, yet probably unconscious that he’ll leave an indelible mark in the history of world cinema with his following works. This movie, for some reasons, was never officially released on videotape – apart, perhaps, in an obscure French edition – and only recently has finally been issued on optical disc, while from the soundtrack only released a 45rpm single was pressed at the time, before it was fully recovered in the ’90s.” 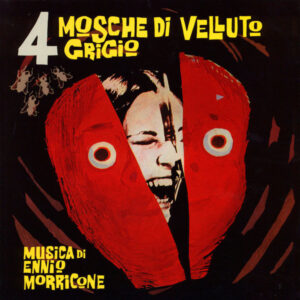