White Heaven’s debut album Out is one of the greatest psychedelic rock albums ever recorded. First released in 1991 by Tokyo’s P.S.F. Records and pressed in an edition of 500 copies the original LP has become a holy grail in underground circles, with only a scant few copies ever making it outside of Japan. 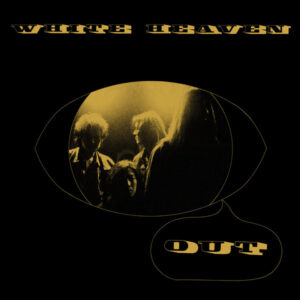