Recognised as a mystical withdrawn masterpiece created by Irish electroacoustic pioneer Roger Doyle, the album Thalia’s short-lived existence on CBS Classics was deemed a commercial failure in the eyes of blinkered major label suits but would further cement Doyle’s contemporary concrète credentials – paving the way for a multi-disciplinary genre-bending career at the forefront of independent Irish music and earning him a coveted spot on the indispensable Nurse With Wound List. With only 200 copies rumoured to have survived the CBS cull, Thalia has become an elusive and highly sought-after feather in the caps of collectors of both outsider electronics and avant-garde tape manipulation, and has long since been respected as one of the most important records in either field to emerge from the Emerald Isle. 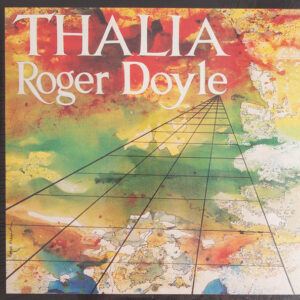