2020 Mecanica Reissue “Big Sexy Land”, originally released through the legendary Wax Trax! Records in 1986, is the debut studio album by this supergroup featuring a mix of industrial, hard rock and EBM with dominating sampling and strong synthesized beats. It was composed mostly using a very expensive Fairlight CMI II synthesizer, sampler and work station that Al Jourgensen got funded by Sire Records. Luc Van Acker attributed album’s mixing to Jourgensen’s sessions with Adrian Sherwood on Ministry’s “Twitch”. Al surreptitiously took notes on Sherwood’s settings, but, without any context for the numbers, they had to later guess at what the settings were for, such as reverb and delay time.” 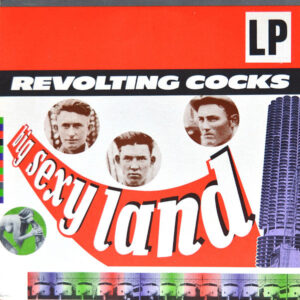