“Dozens of cherished recordings were made during the legendary “golden age” of Ethiopian music, an era stretching from the early 1960’s through the mid-1970’s. Less-discussed are the songs made in the aftermath of the 1974 revolution that toppled Emperor Hailu Selassie I. The acclaimed and highly sought-after LP by Hailu Mergia and the Walias, Tche Belew, an album of instrumentals released in 1977, is perhaps the most seminal of these recordings. The story of the Walias band is a critical chapter in Ethiopian popular music, taking place during a period of music industry flux and political complexity in the country” 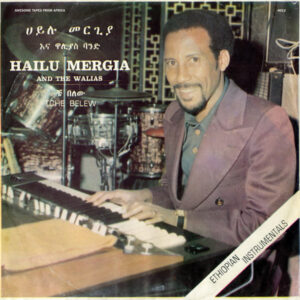