“Fourth Dimension”, first released in 1973, showcased Paddy Kingsland’s theme tunes for television and radio while at the BBC Radiophonic Workshop. The recordings feature a rock-style backing band and synthesisers including the VCS 3 and “Delaware” Synthi 100, and the track “Reg” from the album was also released as the B side to the 1973 single release of the iconic Doctor Who theme tune.” 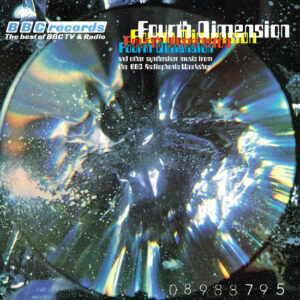