In 1916, in the middle of the First World War, a small town in Ontario changed its name from Berlin to Kitchener. Many mercurial decades later, in 1988, the town now a mid-sized city, a duo called Vernal Equinox released a record that seemed to trace its roots back to Berlin, but this time the shadowy post-war Berlin of the 70s that produced Tangerine Dream, Klaus Schulze and his Innovative Communications family, and Bowie and Eno’s Berlin Trilogy. These inspirations, viewed through a prism of 80s New Age and the autumnal denim-clad rural Ontario, became New Found World. 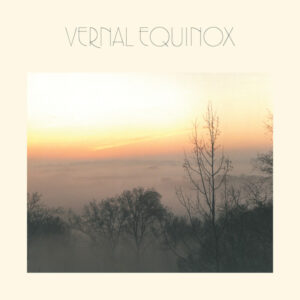