“Digital re-issue coinciding with the tape release of this 2007 Strange Life CDR DX7 drenched cult spywave album. Very much influenced by real locations in the vicinity of the The Hague dune studio where this was recorded – this imaginary soundtrack scores a hypothetical story of a Cold War animal parapsychologist living in an abandoned zoo. Remastered and comes with PDF’s of the liner notes and scans of the stuff that came with the original 2007 CDr release including: 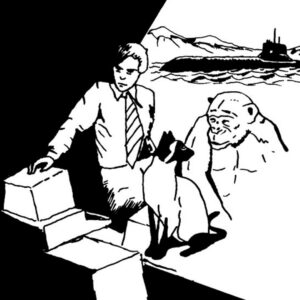